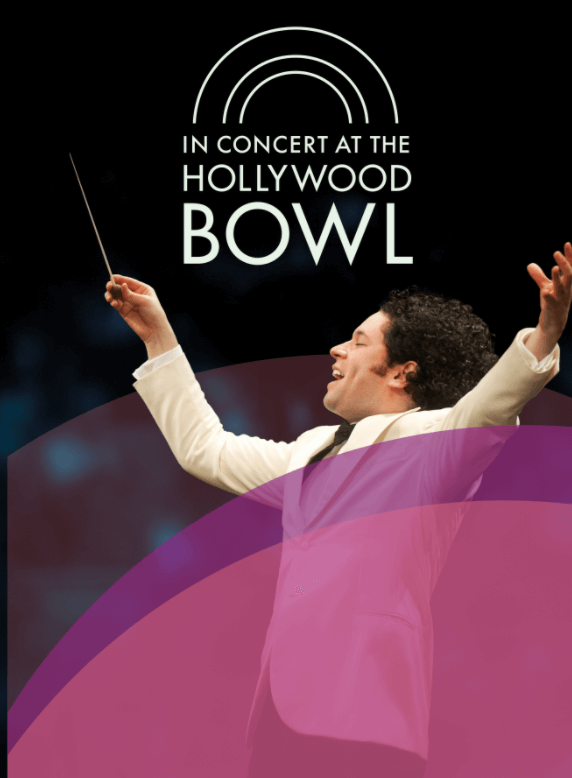 As we enter the last part of summer, it’s sobering to think about all the wonderful things we used to take for granted as each month at home ticks by.  One of the most iconic, quintessentially summer-in-LA activities that became a casualty of COVID-19 is the LA Phil’s summer season at the Hollywood Bowl.  It doesn’t seem right to sign off on summer here unless there has been at least one trip to the Bowl to picnic and enjoy a concert under the stars.  Fortunately, we can thank KCET for coming the rescue with a new music series, IN CONCERT AT THE HOLLYWOOD BOWL, premiering on Wednesday August 19 at 9 PM PT.  The shows will run through the end of September and then will also be broadcast on PBS stations nationally in early 2021.

The shows are thematic compilations from some of the most popular performances held at the Bowl, enriched with interviews and behind the scenes extras with Maestro Gustavo Dudamel, LA Phil’s Music and Artisitc Director, and some of the artists featured in the episode.

Upcoming Episodes  (as of the publication of this post) include:

I don’t know about you, but these days have been a bit of trying to recreate some of our old normal while staying safe.  I’m thinking an evening with an al fresco dinner just before dusk followed by an evening Hollywood Bowl Concert, with the windows open, a glass of wine in hand, and the lights out might just be enough to help recapture a little of the magic of a Southern California summer night.

Check out your local KCET station or KCET.org for more information.